A Line of Candles, designed To Work Easily and Effectively...
And Without A Lot Of Hassle!

We all like mojo. That's because it's the easiest magic on the face of the Earth. You set the tone, name your intent, light the candle, and the magic happens. It's as easy as that.

The real trick - aside from absolute desire for the end result and belief in its manifestation - is using products with the correct ingredients. The stuff that packs enough wallop to make the magic happen! And that's why Coventry Creations and Dorothy Morrison did this line. Simply put, they know what works. They know what doesn't. And together, they make a very good team. So...they put our heads together, and spent some time sharing ideas and recipes to come up with a line of candles, they knew would produce sure fire results! The sort of results you could count on. And The Wicked Witch Mojo line was born! 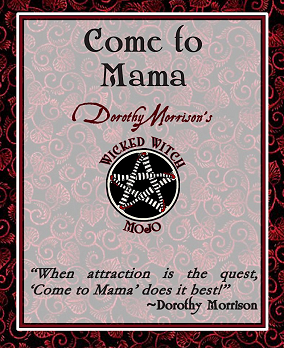 Come to Mama is the best general attraction formula I've ever found - bar none! Whether used by itself to attract friends, the opposite sex, or just the good in life, there's simply nothing better. But that's not all. It's also a fabulous addition to any magical working to boost the power, attract the desired result, and shorten manifestation time. It's the one product no practitioner should ever be without! 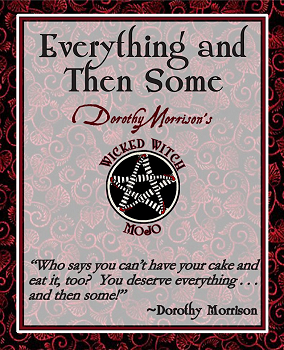 Everything And Then Some

Ahhhh...the sweet smell of success: There truly is nothing better. Unfortunately, though, a good number of folks don't ever find it - at least, not in large amounts. Why? Because for some unknown reason, they don't think they deserve it. Even worse, they worry they'll be thought selfish if they ask for it. And so they stumble through life - wishing and hoping - but never quite achieving all they truly deserve. If this sounds like you, stop right there. Now you can have everything - and then some! 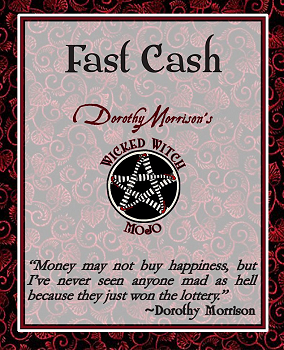 Got empty pockets? Are moths flying from your wallet? Doing your damnedest to squeeze seven cents out of a nickel, and still don't have enough to go around? Well, now there's help! Fast Cash is designed to do exactly what the name implies: Put cash in your hands so quickly, it's enough to make your head spin. [A few drops of the oil rubbed on the palms of the hands and the inside of the wallet also works wonders. ;)] 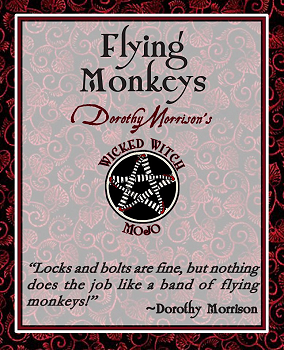 No one was ever as well-protected as the Wicked Witch of the West. [Well...at least not until that nasty incident with the water bucket. Who knew?!] And her band of flying monkeys did the job. They were on call 24/7, and regardless of the problem, they never let her down. Now you, too, can have the same level of protection. Whether you need to protect your home, your belongings, your family, or something else, Flying Monkeys will do the job in spades. [We've got the water bucket covered, too! ;)] 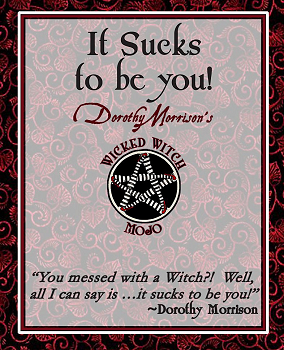 It Sucks to be You!

Sometimes handling life's problems with sweetness and light just doesn't cut it. You have to take action. Get tough. Speak to those ill-mannered, despicable folks in terms they'll understand. If you don't, they'll just keep making your life a living hell, and reducing it to little more than a miserable existence. And when it gets to the point that you've had all you can stand - and refuse to put up with any more - give It Sucks To Be You a shot. It's the only thing I've found that stops the crap right in it's tracks, and does so with immediacy and finality. 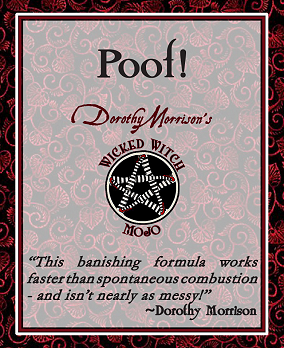 Tired of things getting in the way of the good life? Ever wished you could just make them - poof! - disappear into thin air? Well now...you can! Whether it's a bad habit or two, a minor character flaw, a troublesome spirit, or even - dare I say it? - a person, Poof! can handle it. This banishing formula works quickly, effectively, and like no other. It's the next best thing to spontaneous combustion - and not nearly as messy! 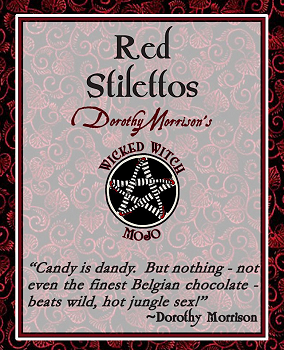 Need to spice up your sex life? Rekindle a non-existent one? Or maybe just want to take the first step toward heading a relationship toward the bedroom? Not to worry. Red Stilettos can handle the job - and then some! Designed to kindle wild, hot jungle sex - the sort that leaves melted right into a puddle on the floor - this little goody will even have the neighbors craving that afterglow cigarette. ;) 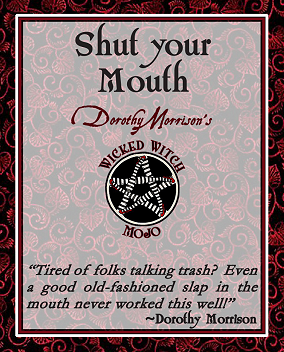 Plagued with incessantly wagging tongues? Are nasty insinuations and trash talk wounding your soul and screwing with your life? Is surgical removal of the tongues of those offending parties starting to look like a good idea? If so...stop right there, and let Shut Your Mouth take over! Much more effective than a slap in the mouth - and not nearly as messy as a tongue-ectomy - this great product not only handles the job quickly and efficiently, but with finality. 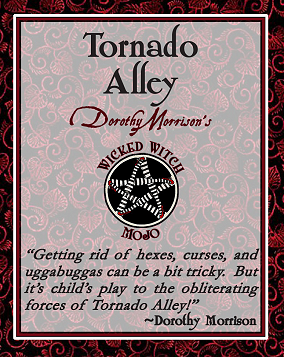 Have you been hexed or cursed, or plagued with some other magical disaster? Then it's time to take action - and Tornado Alley is definitely up to the job. No matter how tough the problem or how strong the magic, this great product renders it powerless and sweeps a clean path through your auric atmosphere. All that's left behind is a feeling of peaceful calm, and the joy of being alive. [It's the best uncrossing formula I've ever found!] 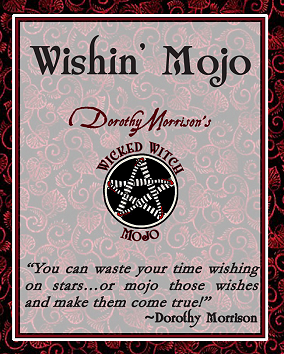 Wishing upon a star is a romantic notion that conjures up visions of knights on white horses and other lovely fantasies. Admittedly, it's a fun thing to do. But if what you're really expecting is honest-to-gods wish manifestation...well...it's a complete waste of time. So don't waste precious minutes. Decide what you really want. Then chart the course with Wishin' Mojo, and bring your heart's desire home to roost. You'll be glad you did! 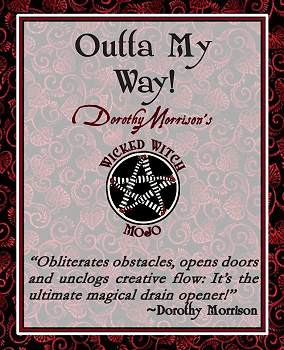 Finding it hard to catch a break? Taking two steps forward, and three steps back? Feeling like no matter how hard you work - nor how hard you try - you just keep hitting a brick wall? Then maybe you need a little assistance. Something to obliterate those obstacles, clear life's highways, and open the windows of opportunity. If that's the case with you, Road Opener is just the thing. Also fabulous for stirring inspiration and unclogging the creative flow, it's the ultimate magical drain opener! 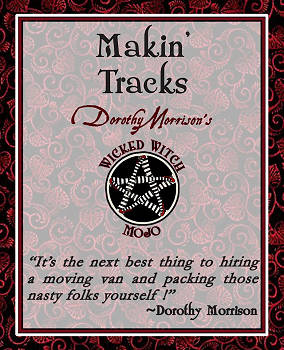 Got nasty neighbors? A problem co-worker in the workplace? Maybe just some nasty, unseen Uggabuggas wreaking havoc in your home? Then Makin' Tracks is the thing for you! These amazing products not only work just like hot foot powder, but are much easier to use. How so? Well...you won't have to chance getting caught sneaking around someone's house. And there's no need to sprinkle anything in someone's path. It's the next best thing to hiring a moving van and packing those nasties yourself - and a lot less work!

*Driving a long distance, call ahead to speak with us, make sure we are not on holiday!*